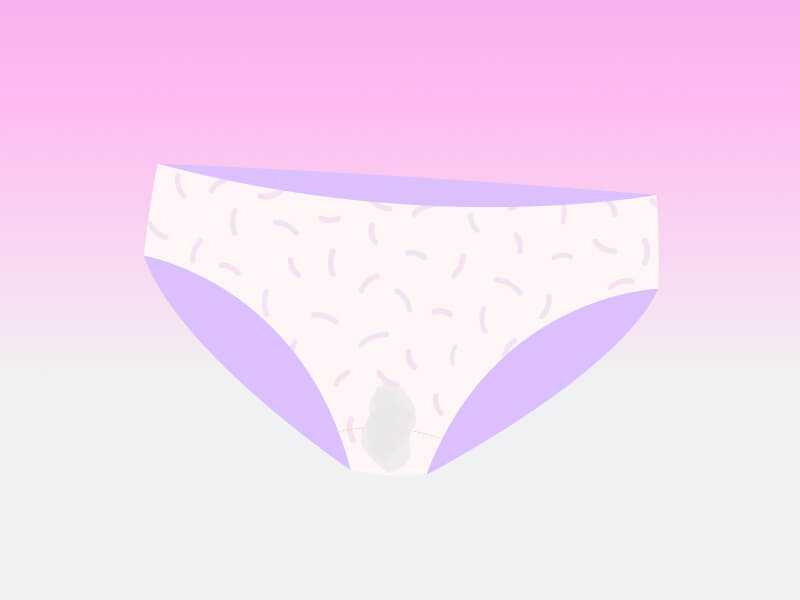 Watery Discharge: What Does It Mean, Is It Normal and How to Treat It?

You’ve probably experienced having watery discharge in your panty liners now and then but simply shrugged it off. But have you ever given it a second thought and asked if it’s normal?

Vaginal discharge is often used as a measure of vaginal health. It comes in various colors, amounts, and consistencies, so figuring out what they mean can be a confusing ordeal.

Stop wondering and start knowing! In this article, we’ll cover everything you need to know about watery vaginal discharge.

What Does Clear Watery Discharge Mean?

Of all the types of vaginal discharges you’re getting, clear, watery discharge should probably be the least of your concerns. It means that everything’s going well!  Clear watery vaginal discharge is just lubrication to protect your urinary tract and vagina. Your cervix creates lubricating fluids to flush out bacteria and dead skin cells from your system.

Is It Normal to Have Watery Vaginal Discharge?

Yes. As we said, it just means your vagina is doing its job.

Timing matters a lot. What’s considered normal discharge depends on when it happens.

It’s going to be a little brownish, but that’s normal! It’s just leftover blood being taken out of your system.

Once that’s over with, you’ll have a couple of days without any discharge.

Throughout your three trimesters, you’ll experience excessive watery discharge that’s somehow mucus-like. This is especially true as you reach the third trimester because your body’s preparing to go into labor.

Still, you should keep your eye out for the following symptoms as they may indicate vaginal infection:

If your discharge is so excessive it soaks a pantyliner or pad, go to the doctor. You might already be going into labor.

Sexual arousal makes the blood rush to your vulva and clitoris. It prompts your vagina to produce more lubrication to prepare for sexual intercourse. Because being sexually aroused doesn’t just happen before sexual activity, you may notice watery discharge even after sex.

When you hit menopause, your estrogen levels decrease.

You’ll start noticing your vaginal walls begin to dry and thin, making your vagina more prone to irritation. To counter this, your body produces a watery vaginal discharge.

Sometimes, this vaginal discharge happens for no reason at all! Your vagina is a self-cleaning and self-lubricating organ, so it’s normal to randomly experience clear and watery discharge.

But that’s not to say your lifestyle doesn’t affect vaginal discharge at all.

The same thing happens when you get more soy in your diet because it contains phytoestrogen, a weak type of estrogen that functions the same way. Sometimes, watery vaginal discharge could potentially mean something more serious. In such cases, you’ll notice it’s accompanied by other symptoms like foul odor, itching, and pain.

The presence of watery vaginal discharge can usually be traced to these two things: the self-cleaning function of your vagina and its protective lubrication.

In cases where something abnormal is going on, there are plenty of reasons you might be getting watery discharge.

Vaginitis is an overarching term used to describe various diseases that cause vaginal irritation or inflammation.

Here are some vaginal infections that may produce abnormal discharge:

Not necessarily. Pregnant women may experience more clear watery discharge, but the two may not be related at all. That’s why if you suspect you’re pregnant, take a pregnancy test. That would be a better indicator of pregnancy than any kind of discharge.

Most of the time, there’s nothing to treat at all. The potential problem lies when your watery discharge is accompanied by something else.

The treatment depends on the cause behind it. You can help your healthcare provider come up with the correct diagnosis by taking note of all symptoms you’re experiencing—even those you don’t think are important or related!

Most of the time, you’ll be prescribed antibiotics or over-the-counter medication. If you’ve recently changed the brand of your underwear or feminine hygiene products—anything that comes into contact with your vaginal area—you might be asked to reverse those changes.

To recover fully, follow everything your doctor or healthcare professional says to the letter. This is especially true if you’re taking antibiotics. Don’t just stop using them even after your symptoms clear up so you don’t develop antibiotic resistance.

When Should You Seek Help?

If you’re worried if you’re having abnormal vaginal discharge, check for these signs:

Watery vaginal discharge is usually harmless. But that doesn’t mean you should keep your guard down! It could still be a sign of a larger problem in some cases. Listen to your body. Knowing what to look out for is vital if you want to avoid potential vaginal health issues.