Pink Discharge: 6 Main Causes and Should You Worry?

The good news is that vaginal discharge is a normal and expected part of some women’s period and menstrual cycle and it is not necessarily a reason for concern for many.

However, there are cases when this color of vaginal discharge could also be a clear and first sign of many different conditions, like infection or a hormonal imbalance.

The timing in which the discharge appears, as well as many different factors, can help you identify the underlying cause, as well as seek treatment. 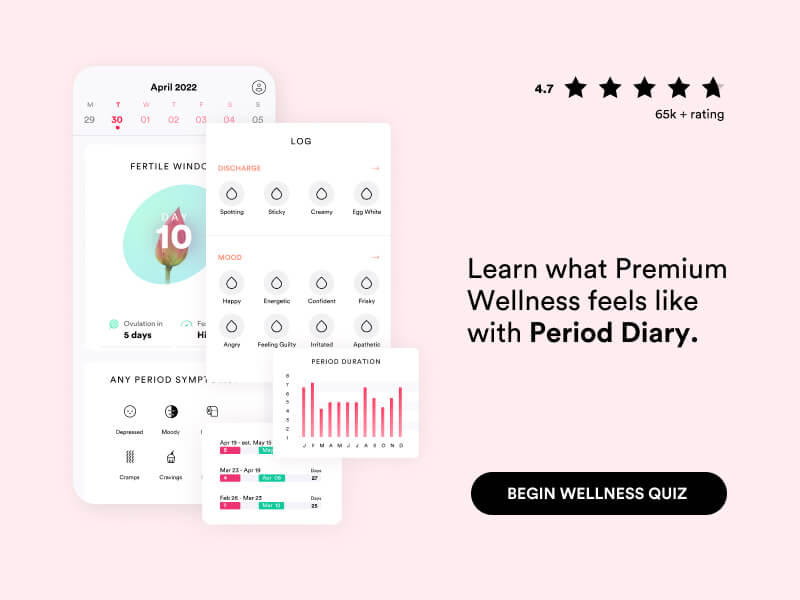 What Are The Causes For Pink Vaginal Discharge?

There are several causes for pink and watery discharge. Some of them do not require your attention and worry, but some of them do require medical attention, as well as some sort of treatment prescribed by your healthcare provider.

Some of the most common causes for pink discharge include:

This side effect of the contraceptive pill is called breakthrough bleeding, and it is more likely to happen with contraception that contains a low level of estrogen or no estrogen at all.

In a small percentage of pregnancies, the fertilized egg implants itself in the fallopian tube, which can cause spotting or bleeding. This is called an ectopic pregnancy.

The discharge can appear pink because it is light and mixed with other vaginal secretions.

Other symptoms of ectopic pregnancy include:

Ectopic pregnancy can lead to a fallopian tube rupture, which is a potentially life-threatening complication.

See a doctor as soon as possible if you experience bleeding and severe one-sided pain, as well as other symptoms of ectopic pregnancy.

According to several studies, about 20% of pregnancies end in miscarriage, usually before the fetus is about ten weeks old.

Symptoms of miscarriage will usually come unexpected and out of nowhere, and they can include a gush of clear or pink fluid or red bleeding.

Other symptoms of miscarriage can include:

Cysts are fluid-filled sacs and non cancerous growths that develop on one of the ovaries. Some women experience cysts as a normal part of their menstrual cycle, and they disappear on their own once the cycle is finished.

In rare situations, an ovarian cyst can grow large and cause spotting or pink discharge from the vagina, as well as pain or heaviness in your pelvis.

If left untreated, cysts can rupture or twist the ovary, cutting off its blood supply and possibly causing serious health damage. See your doctor if you think you are dealing with a cyst.

Implantation, which is the process of the fertilized egg embedding itself in the uterine lining, can cause light bleeding of various shades, including pink.

However, not all women that get pregnant will experience implantation bleeding.

Some of the most common symptoms of early pregnancy include:

Several different STIs (such as gonorrhea, chlamydia, and others) and pelvic inflammatory disease can cause abnormal discharge, which can also be pink.

At first, these infections can come without any symptoms.

When symptoms of PID are present, the most common ones include:

What Is The Treatment For Pink Discharge?

If the pink discharge is a part of your menstrual cycle or a temporary side effect of your body adjusting to new hormonal contraception or perimenopause, no treatment will be needed.

For other cases, the treatment will depend on the cause, and it will be determined by your healthcare provider.

When To See A Doctor Regarding Pink Discharge?

Pink discharge isn’t a reason for concern on its own, especially if it happens around the beginning of your period.

However, if bleeding or pink discharge is accompanied by other, more severe symptoms, such as pain, fever, or dizziness, you should schedule an appointment with your doctor.

If you are pregnant and you experience any abnormal vaginal bleeding or pelvic pain, you should mention that to your doctor. Pink discharge can be completely normal on its own, especially during early pregnancy.

However, if your light pink discharge or bleeding is accompanied by pain, dizziness, tissue, or clots, that could be a sign of ectopic pregnancy or even miscarriage.

Any form of bleeding during pregnancy is a possible and early sign of miscarriage. However, generally speaking, bleeding that results in a miscarriage will also be accompanied by other easily recognizable symptoms.

If you notice brownish-pink discharge and experience severe cramping and abdominal pain, visit your doctor immediately as it could be a sign of miscarriage.

Can a yeast infection cause pink discharge during menstrual cycle?

Many women experience yeast infections and they cause many different symptoms, including discharge that has the consistency of cottage cheese, as well as some spotting or light bleeding.

Light bleeding or spotting can mix with discharge, causing the said discharge to appear watery and pink.

This occurrence is usually nothing to worry about, but if the bleeding becomes heavy or if it continues after the infection has been cleared, it is a sign of an underlying condition.

Should I be worried about pinkish discharge?

Pink discharge can be a completely normal occurrence, especially in the first or last few days of the period and around the time of implantation, and during early pregnancy.

However, if the pink discharge or pink spotting is accompanied by severe pain, dizziness, tissue, or clots, it could be a sign that you are dealing with miscarriage or an ectopic pregnancy.

Pink discharge is also a cause for concern during menopause, as it is not normal, and it is a valid reason to make an appointment with your healthcare provider.

Can a UTI cause a pink discharge?

Pink discharge is one of the most common signs of some sort of infection in your vagina. Potential causes could be an STI (sexually transmitted infection), vaginitis, and a UTI. 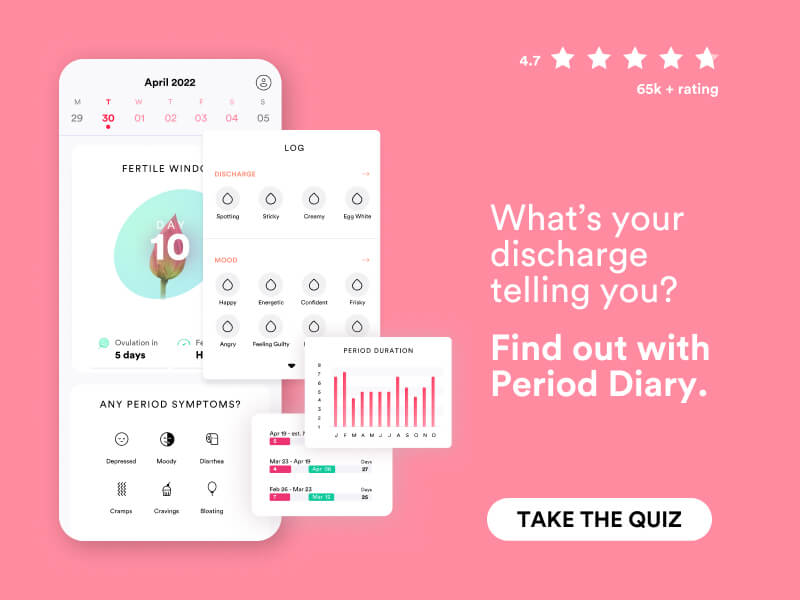